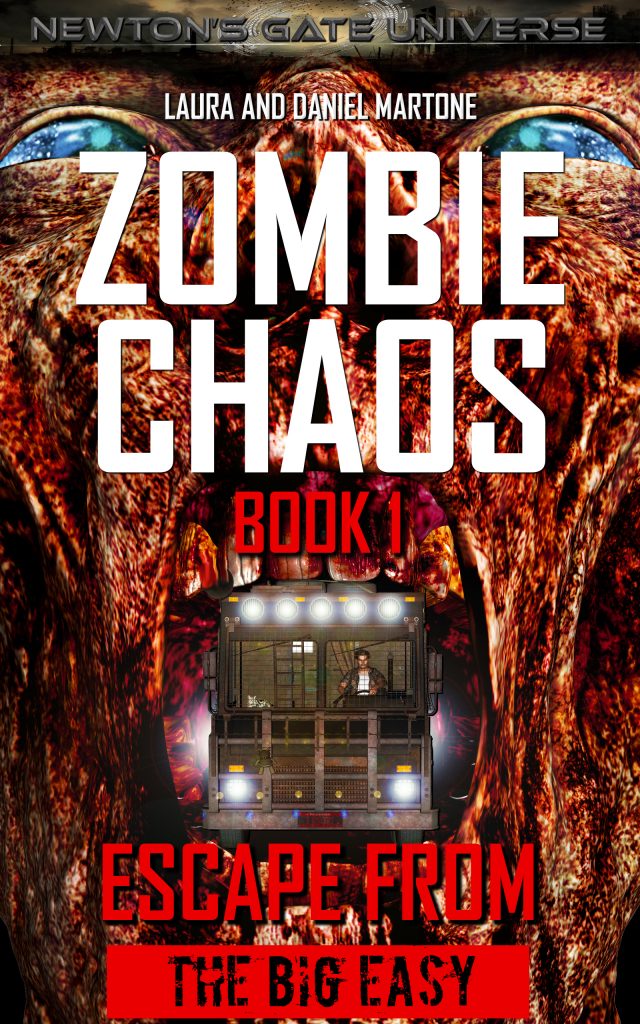 Heʼs out of shape… sort of misanthropic… and heʼs carrying his cat. Rick Grimes he ainʼt.

“If Bruce Campbell narrated The Walking Dead in the first person, it would read a lot like Zombie Chaos….” – Amazon customer review

What would you do if you received a three-week warning of the coming zombie apocalypse? How would you prepare? What if the warning was wrong – and the undead rose a full week before you were ready?

I may be luckier than most, but Iʼm still in a jam. After weeks of prepping, Iʼve gotten caught in the same zombie storm as everyone else. To accomplish my plans and stay alive, I have to rescue my wife, Clare, and travel 1,300 miles through Americaʼs zombie-infested countryside to the safety of northern Michigan.

But, first, I have to battle my way out of New Orleans. With our cat, Azazel, in tow – and sheʼs one pissed-off kitty.

Escape from the Big Easy is the first book in the Zombie Chaos series. If you like the drama of The Walking Dead, the gore of Romeroʼs Dead series, and the humor of Shaun of the Dead, follow Joe on his journey through zombie-filled New Orleans.

Ebook and print versions are available on Amazon (KU) —

Pick up a copy of Zombie Chaos Book 1 today.