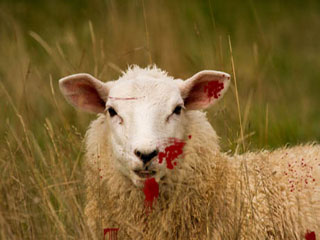 I miss my friend. I have been so busy prepping for this, that I haven’t had much time to think about it. Samir, if by any chance you can see this, I hope you and Dibya are OK. Miss you, brother.

In other news… Everywhere in Europe, with the exception of the UK, is now offline. No communication in or out. Our government is calling this a world-wide pandemic. At least now they’re informing the public about all of the deaths. BUT, they still haven’t admitted to the dead coming back to life. A kid in New Zealand filmed a dead guy coming back to life and attacking a sheep. Of course, the video was taken down and we were all told that it was faked for some bullshit movie. So this chaos has even reached the island nations of New Zealand and Australia. Damn I always wanted to go there.

Spoke with my brothers, they are planning to head up North as well. That’s a load off my mind. The parents are a different story. Now my brothers think they just want to die when the shit hits the fan… that they’re gonna play golf right up until the end.

Went to the gun range with Troy. He’s the pawn shop owner I’ve been selling stuff to. Funny, he’s become a prepper as well. I tried telling him he should get the hell out of the city, but he’s building up his big ass house as some kind of Robert Neville (read I Am Legend) hideout. He says he’s gonna be the last black man left alive in the Chocolate City (which is a reference to something our dumbass mayor said just after Katrina hit) . Of course Troy’s telling me he won’t be alone… I’ve seen the women he has hanging around… he’ll die a happy man. Anyway, we both shot fairly well. Troy did a bit better, but he’s been shooting for decades, I only started last week.