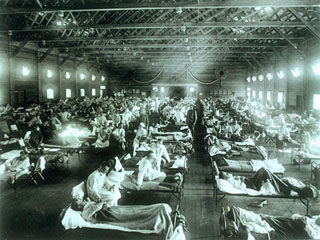 So, they’re calling this a bullshit flu strain. Funny how every country the flu hits, goes dark. Wake up people, this really is it. Two reporters were gunned down by the Serbian government as they were trying to report the truth. The claim was they (male and female newscasters) had made some kind of suicide pact and were planning on blowing themselves up on the air. Complete bullshit, you could see that neither one of them was wearing any kind of explosive device. Then, Serbia joined the other countries that have gone dark.

On brighter news, got my van back. They did an amazing job. It is now all gassed up and ready to go. I’ve started loading all of the supplies and weapons up. We’ve purchased enough ammunition to defend the Alamo. It all has to get packed.

I’m getting a little better at the gun range. Clare didn’t go today because yesterday we shot the Mossberg shotgun. She didn’t listen to the guy at the range and it hurt her wrist. It’s a badass weapon, but we have even better ones that I still hesitate to discuss… big brother is most likely watching everyone.

Honestly, what are they thinking with this news blackout on the situation… do they think they can stop it before it reaches us? Or, are they simply trying to give us more time to live in ignorant bliss? WTF?

I just looked at the number of packages I’ve had delivered to the house in Northern Michigan. The UPS guy has to hate me. Well, if he survives, we’ll give him a good tip. Of course, money will be worth nothing. Maybe we’ll tip him in booz and toilet paper. Laugh if you must, but TP is going to be like gold when the shit hits the fan.